Using Today's Crisis to Create the Opportunities of Tomorrow

The Steering Committe is a core group of well-known and respected individuals form the Steering Committee of CDN and implement the CDN’s roadmap and goals. The steering committee is empowered with a CDN secretariat, serving to ensure cooperation and provide crucial strategic activities of CDN. 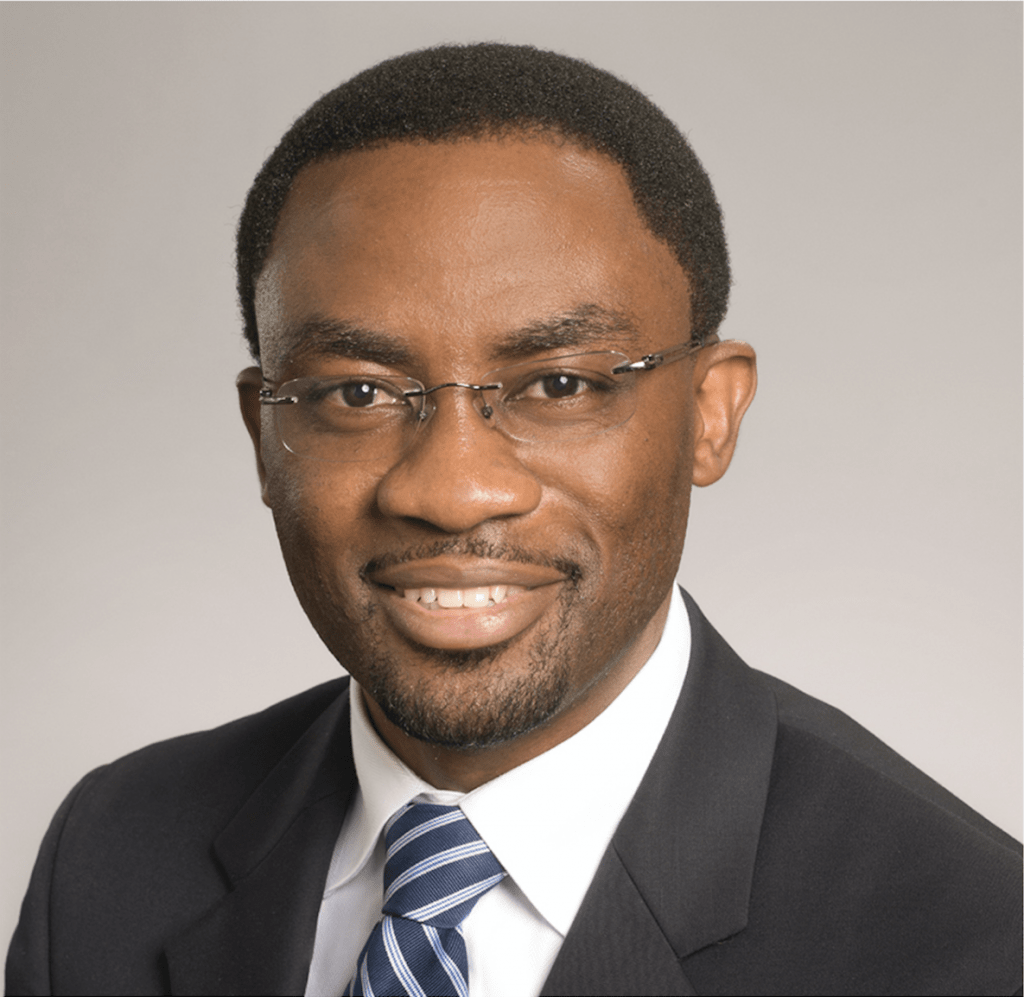 Dr. Foretia is Co-Chair of the Denis & Lenora Foretia Foundation and Executive Chairman of the Nkafu Policy Institute, a leading think tank. Along with co-chair Lenora Ebule, he shapes and approves strategy, advocates for the foundation, and helps set the overall direction. A surgeon by training, Foretia has always been involved in philanthropic activities and issues related to international development. He is the Founding President of the Association of Cameroonian Physicians in the Americas (ACPA). He was also the Co-Founder and pioneer president of the Cameroon Professional Society (CPS) – the premier institution for Cameroonian professionals in the US focused on advancing economic opportunity and leadership development among Cameroonians. 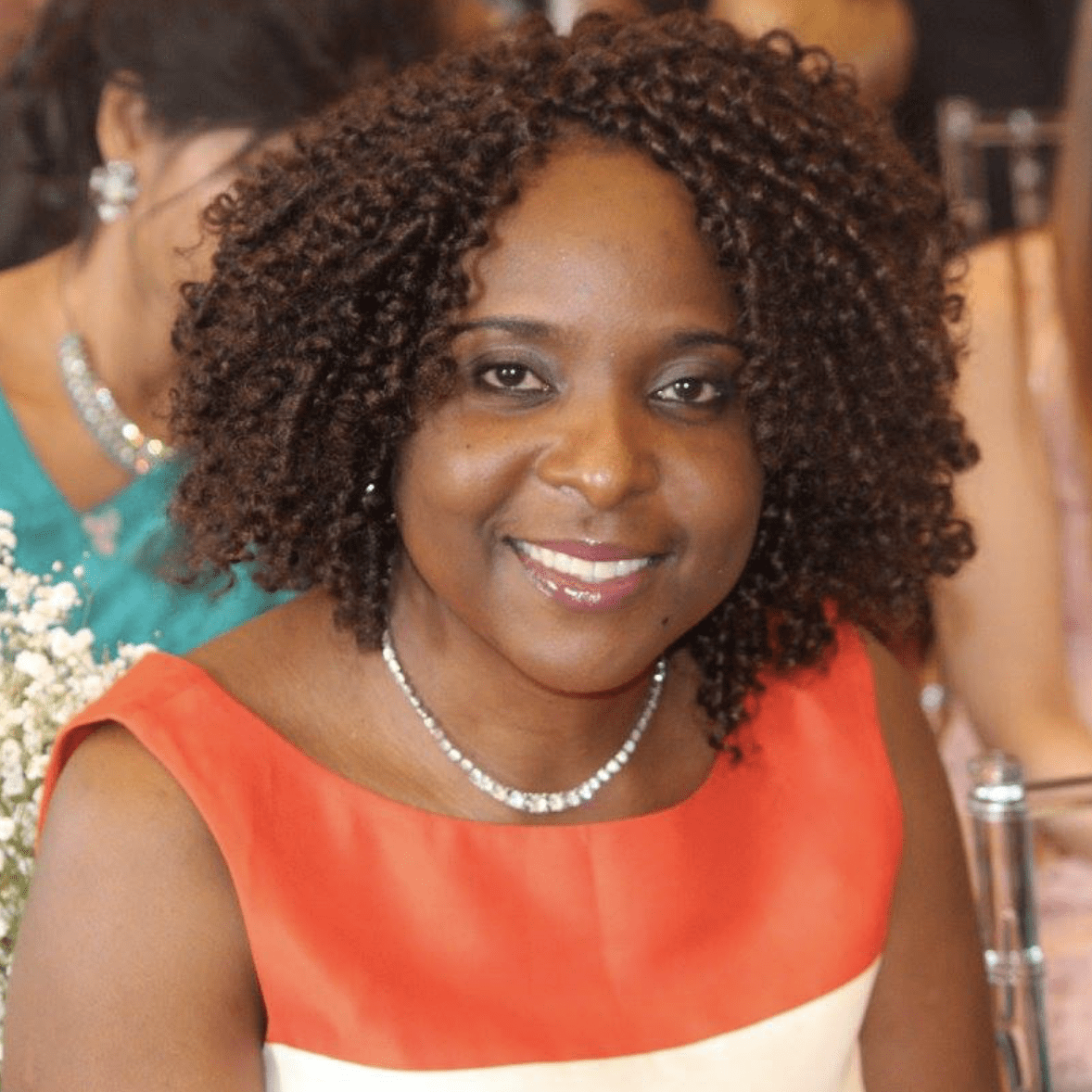 Judith Nwana became involved in advocacy when she joined the fight for #BringBackOurInternet during the internet shutdowns in #Cameroon. She has worked with international organizations such as access now and Internet Sans Frontieres in highlighting the ills of internet shutdowns. She is a strong advocate for the plight of Southern Cameroons activists arrested, detained and jailed for life after unfair military trials.

She is a Steering Committee member of CHRI (Cameroon Humanitarian Relief Initiative), helping thousands of Refugees in Nigeria, and IDPs and Political prisoners in Cameroon. She believes strongly in the need to help bring a peaceful resolution to the ongoing conflict.

Judith is the lead for Global Telecoms links delivery, Contracts and Vendor Management at The World Bank Group. She is also a Vice Chairperson of the World Bank Group – IMF Staff African Society. She holds an MBA from London Business School, a Master’s (MSc) in Civil and Structural Engineering from the University of Sheffield in the UK and a Bachelor’s (B.Eng Hon) in Civil Engineering from Enugu State University in Nigeria. MCIPS member of the CIPS Global Standard for Procurement and Supply. 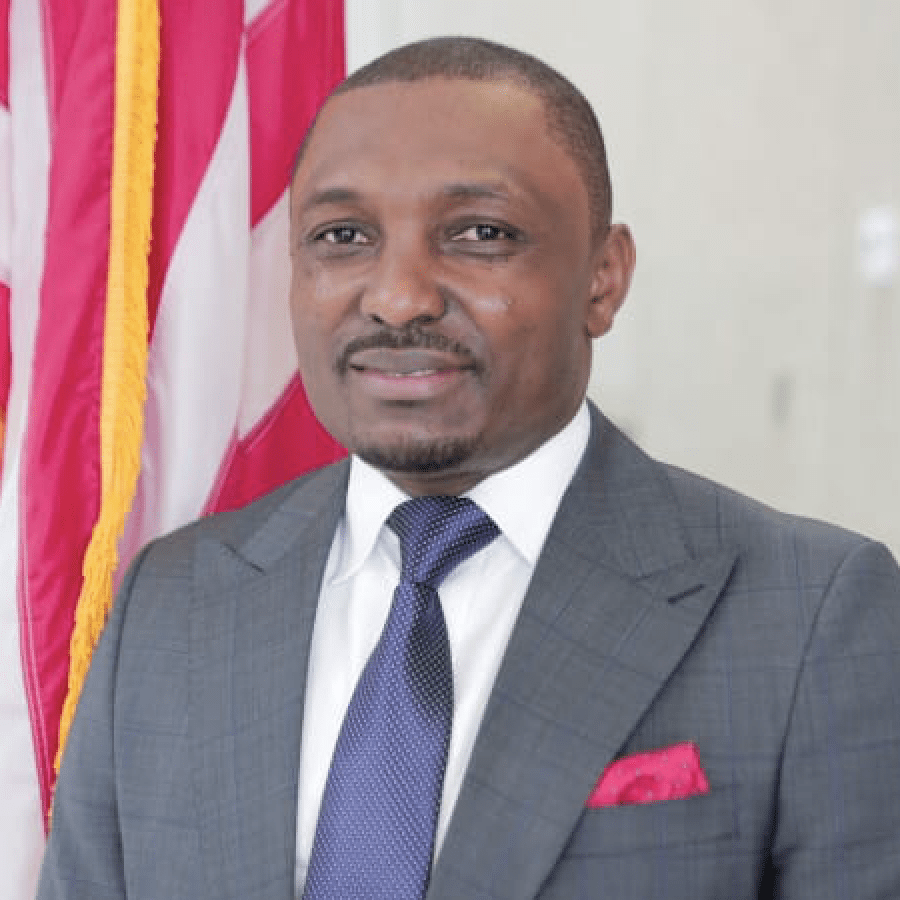 Henry Atem is the Executive Director at the United States Center for Electoral Support (USICES) and directs the programs and projects of USICES. He is a career elections expert with over ten years of professional experience in election administration, assessment, monitoring, and assistance. He has served within an Election Management Body, Intergovernmental, and International Nongovernmental Organizations including the African Union, United Nations, United Nations Development Programme, International Institute for Democracy and Electoral Assistance, the Carter Center and others. Henry has participated in over 15 international election observation missions and possesses expertise in election assistance programming and advice mainly in Africa, Latin America, and Eastern Europe.

Henry Atem is an active member of the ACE Election Knowledge and Practitioners Network and have shared expert advice to many junior and aspiring election professionals and contributed to the ACE web content. He is a contributor to the Washington based Electoral Violence Prediction Market, an initiative of the U.S. State Department’s Bureau for Conflict Stabilization Operations. Henry has written and contributed to publications relating to the conduct of elections including an “Assessment of Electoral Violence in Africa”, “Road Map to Credible Elections in Algeria”, “Fake News and Disinformation: An Election Integrity Issue”. As an International trainer, he has facilitated many training programs for election officials across the globe. He holds a Graduate Certificate in Election Administration from the University of Minnesota, a Master’s in Electoral Policy and Administration from the School of Advanced Studies, Pisa, Italy, a Master’s in Democracy and Governance from Georgetown University, and an MBA from Southern New Hampshire University, United States of America. 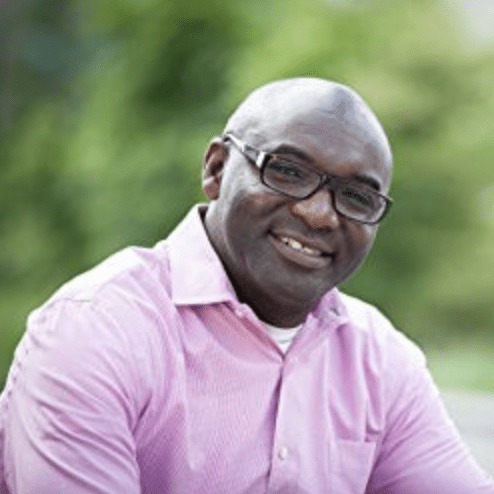 Dr. Valentine Fontama is the Head of Contact Center AI Services at Google Professional Services, where he advises strategic customers on business transformation with AI and Machine Learning. Before Google he was a principal data scientist manager on Microsoft’s AI Data Science team in Azure. As a new technology consultant at Equifax in London, Valentine pioneered the use of Machine Learning to improve risk assessment and marketing in the consumer credit industry. He applied Neural Networks, Genetic Algorithms, and similar techniques to Credit default prediction, Fraud Detection, Bankruptcy and other areas of Banking and Financial Services. In this role he consulted to most of the biggest High Street Banks in the UK.

He was also Principal Data Scientist in the Data and Decision Sciences Group (DDSG) at Microsoft, where he led consulting to key customers, including ThyssenKrupp and Dell. He was a senior product manager for big data and predictive analytics in the cloud and enterprise marketing at Microsoft, where he managed Azure Machine Learning, HDInsight, Parallel Data Warehouse (Microsoft’s first ever data warehouse appliance). He has published 12 academic papers and co-authored three books on big data including Predictive Analytics with Microsoft Azure Machine Learning: Build and Deploy Actionable Solutions in Minutes (2 editions). Valentine holds a PhD in Artificial Intelligence, an MSc. in computing, an MBA in strategic management and marketing from Wharton Business School, and a BSc. (First Class Honors) in mathematics and electronics. 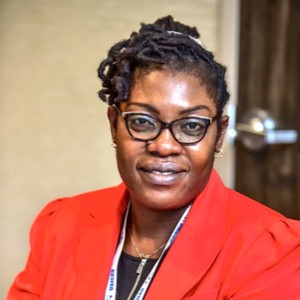 She has published widely on gender, discourse, (media), and political participation. These publications include 4 books amongst which are Gender, Discourse and Power in the Cameroonian Parliament, and Gender and Language in Sub-Saharan African: Tradition, Struggle and Change and over 40 journal articles and book chapters. Lilian contributed to founding the Cameroon Professional Research Women’s Network (CAPROWN), a research network to mentor young Cameroonian female research professions.

Professor Atanga is also the Executive Director of I Am Cameroon, an international non-governmental organization focused on bridging the opportunity gap by empowering young Cameroonians to reach their full potentials. It has as mission to get every young Cameroonian own the development of their nation. She is a member of the South West North West Women’s Taskforce, a coalition of women-led civil society organizations in Southern Cameroons aimed at contributing to restoring sustainable peace and social cohesion. Prof Atanga is both a gender consultant and an educational consultant for different international organizations. 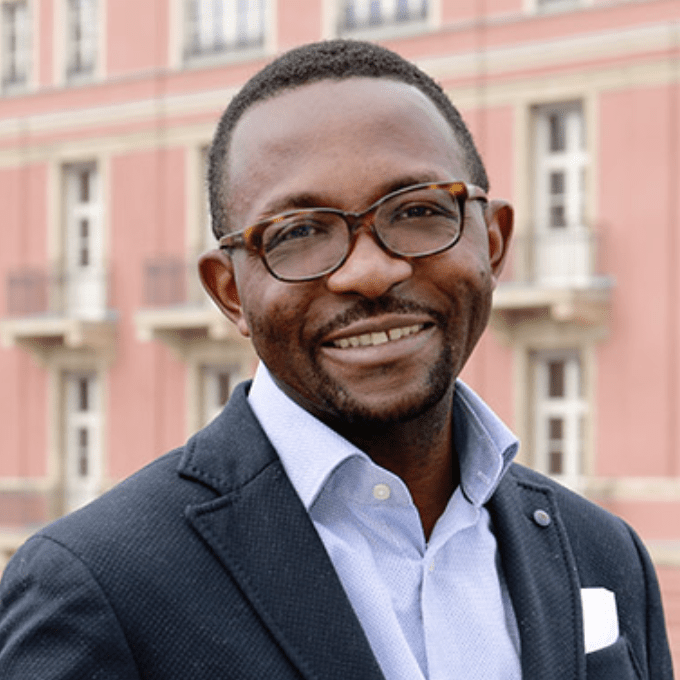 Paul Ndi is Managing Director of SteadWay, an international Project and Cost Management consultancy based in Berlin, Germany. He has over 21 years of construction and real estate consulting experience. He graduated from the University of Technology in Darmstadt with a degree in Architecture in 1999, and thereafter worked as a Project Architect and Team Leader in Darmstadt, Germany. He later became a university lecturer at the Technical University Braunschweig, where he headed a major research project - PROsab. In 2010 he joined AOS Studley and was head of office for AOS Group / Colliers International in Berlin. Paul also served as vice chairman of the supervisory board of CaDiDec, a Cameroonian diaspora corporative based in Frankfurt, Germany.

Paul holds an Executive MBA from the ESCP Europe, studying in Paris, London, Turin, Madrid and Berlin and a Certificate of Leading Innovation from Red McCombs School of Business, Texas. He originally qualified as an architect at the Technische Universität Darmstadt, Germany, and is a member of the German Chamber of Architects. He is fluent in English, German and French. 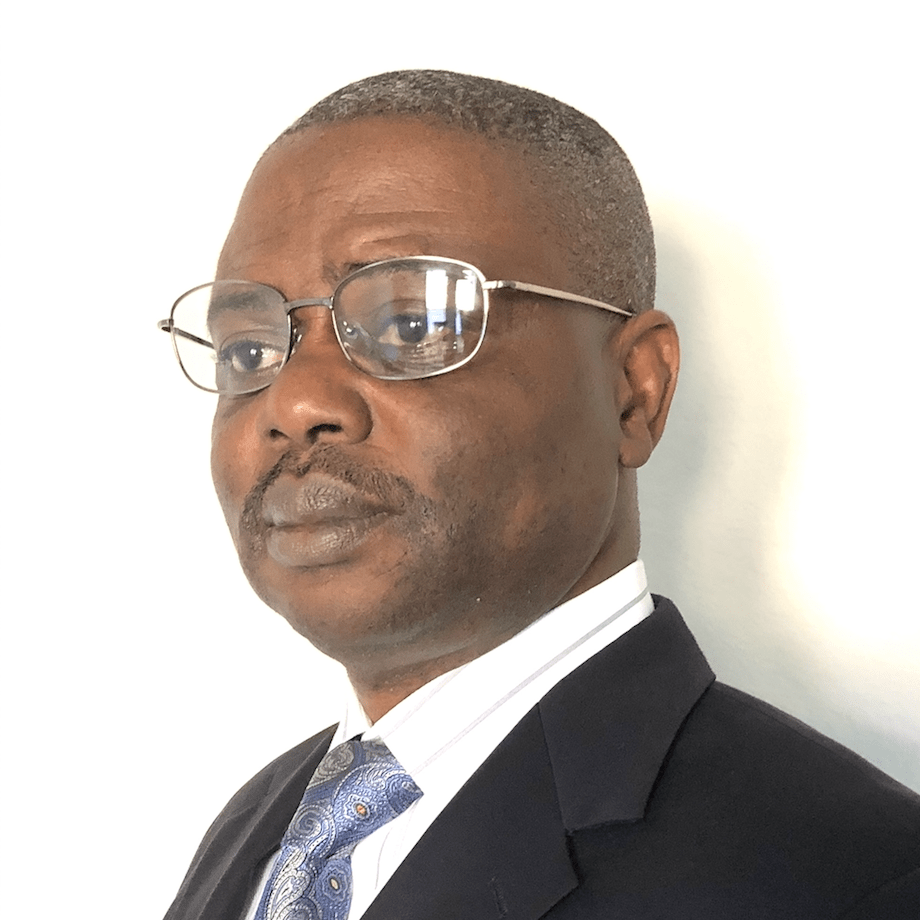 Cletus Nde currently works with the radiology department, Navarro Regional Hospital, Corsicana TX. He holds a BS in biology/microbiology from the University of Buea, Cameroon, an MS in Nature Conservation and Biodiversity Management from Greenwich University, and a Postgraduate Diploma in Medical Imaging from the Massachusetts General Hospital Institute of Health Professions, Boston USA. 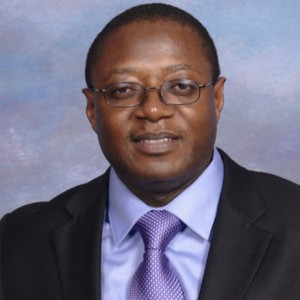 Dr. Agbor has had a rich and diverse professional background working for government, academia, think tank and the private sector in developing, emerging as well as advanced economy contexts. During 2011-2013, he was a research fellow at the Global Economy & Development division of the Brookings Institution in Washington DC. He has also consulted for many organizations, including The World Bank, The U.S. Department of the Treasury (Alcohol and Tobacco Tax & Trade Bureau) as well as the U.S. State Department Foreign Service Training Institute in Arlington VA. In addition, Dr. Agbor has been privileged to serve as a resource person on a high-level panel of international experts on Capital Flight and Tax Havens in sub- Saharan Africa hosted by the African Economic Research Consortium. 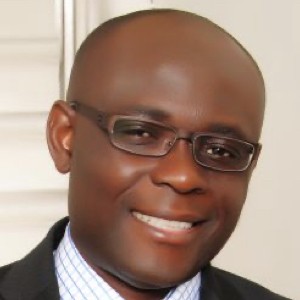 Henry Tabe is a financial services executive with over 20 years’ experience in the industry. He is a Director of Thoth Investment Management Consulting, a firm focusing on enterprise and financial risk management, and the application of machine learning to investment management.

Prior to Thoth, Henry was the Head of Risk at Woodford Investment Management for four years, where he had responsibility for monitoring and escalation of enterprise and investment risk across the firm.

Henry served as Deputy Chief Risk Officer of OneSavings Bank for 15 months, as Chief Risk Officer for Sequoia Investment Management for four and a half years, and as Managing Director of Moody’s Investors Service, where he worked for ten years. Henry is the author of “The Unravelling of Structured Investment Vehicles: How Liquidity Leaked Through SIVs,” a book cited by the Financial Crisis Inquiry Commission established by the United States Congress to investigate the causes of the Great Financial Crisis.

Henry Tabe holds a BSc in Mathematics and Statistical Science and a PhD in Mathematics, both obtained from University College London.

Building an Organization for the Future

The Coalition for Dialogue and Negotiations comprises the following entities:
Join the Coalition