July 10, 2020-(London | Berlin | Washington D.C) – The Coalition for Dialogue and Negotiations welcomes the initial official contacts and preliminary talks between the Government of Cameroon and the jailed, Southern Cameroons leadership, led by Sisiku Julius Ayuk Tabe, which took place on July 2, 2020. The Coalition strongly believes ceasefires are effective if negotiated with credible guarantees for compliance. It is, therefore, our hope that these preliminary talks will serve as the catalyst for an inclusive negotiated process and an effective ceasefire.

At a time when the world yearns for global leadership in the fight against the COVID-19 pandemic to save the most vulnerable, The Coalition welcomes the unanimous United Nations Resolution 2532 of July 1, 2020, that called for a global ceasefire of hostilities for at least 90 days. We lament the deplorable situation in the Southern Cameroons where the civilian death toll continues to rise as fighting escalates. The armed conflict that began in 2017 has led to over 900,000 internally displaced persons, more than 70,000 registered refugees, an estimated 300-400 villages razed, thousands of civilians living in bushes, and less than 25% of hospital facilities in a functional state. The situation is further exacerbated as humanitarian aid and medical supplies are inaccessible by those in need.

With Cameroon having the highest number of COVID-19 cases in Central Africa the country faces an increasingly daunting challenge especially with the worsening sociopolitical crisis.

In light of these, The Coalition strongly recommends:

1. The Government of Cameroon and the leadership of all Southern Cameroons armed groups to commit to an open, genuine, and transparent adherence to United Nations Security Council Resolution 2532.

2. On Human Rights Abuse and Humanitarian Response: The Government of Cameroon should adhere to the global call for the unconditional release of all Southern Cameroonians incarcerated within the context of the armed conflict as a show of good faith for genuine ceasefire negotiations. In the same vein, it is imperative for the Cameroon Government forces and the Southern Cameroons armed groups to commit to fully adhere to humanitarian law. We welcome the “Ambazonian Defense Forces (ADF)” commitment on July 7, 2020, to allow safe passage for humanitarian aid workers under the auspices of OCHA.

3. Political Parties: At this critical juncture it is imperative for all political engagement to be geared towards encouraging the warring parties and credible international stakeholders to implement a negotiated ceasefire.

4. The International and Diplomatic Corp in Yaoundé should commit to advancing the implementation of Resolution 2532. Their collective support is needed for the Cameroon Government to commit to genuine mediated negotiations for a ceasefire and its effective implementation.

5. UNDP Cameroon to ensure an enabling environment for sustained development and peace before commencing the implementation of the recovery plan. UNSC Resolution 2532 provides an opportunity to leverage UNDP’s expertise to ensure a ceasefire and peace agreement in line with UNDP’s core values.

6. To the United Nations Security Council and the UN Secretary General

The Coalition for Dialogue and Negotiations thanks the UN Secretary General António Guterres, UN General Assembly President, Tijjani Muhammad-Bande, and UN Security Council President, Ambassador Christoph Heusgen, for their commitment to a global response to the COVID-19 pandemic and the particular emphasis on countries with ongoing armed conflict.

For the Steering Committee, 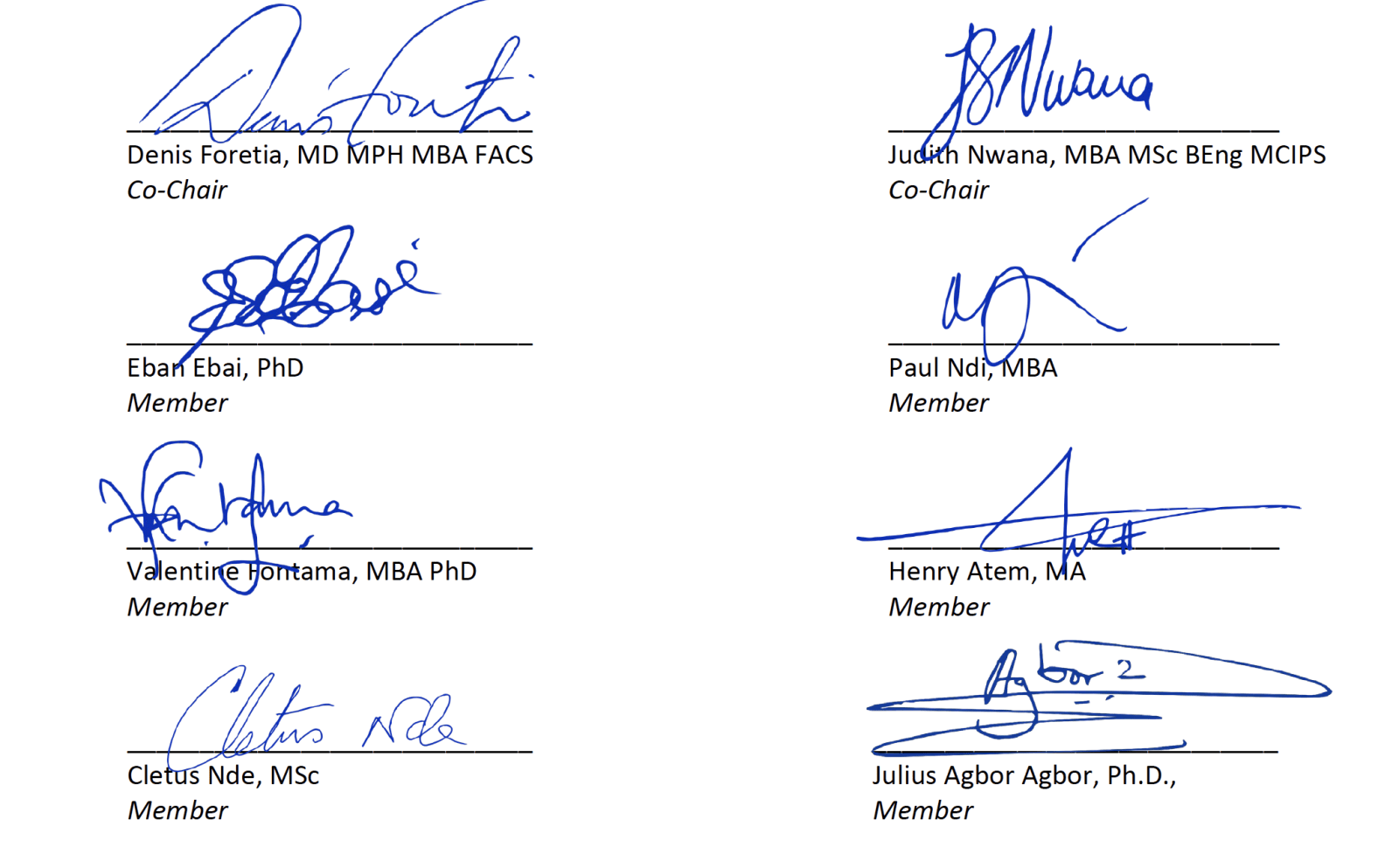 A coalition of individuals and organizations to end the war in Cameroon and ensure a durable peace 7614 Green Willow Court, Hyattsville MD | info@coalitionfdn.org | https://coalitionfdn.org